Improving the cycling infrastructure for a sustainable urban mobility in Jinja 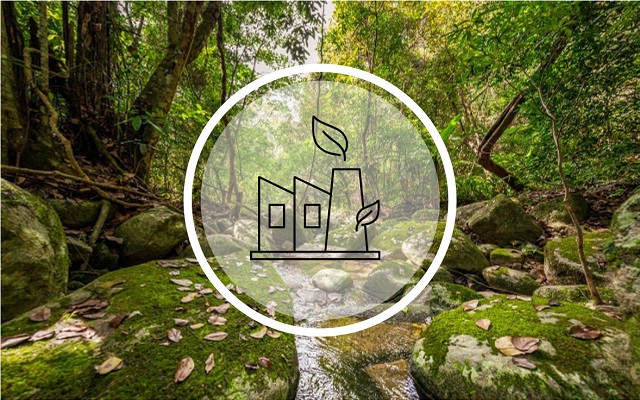 Transport is the fastest-growing source of emissions. In addition to contributing to climate change, the rapid adoption of motor vehicles in Uganda is also causing growing urban congestion and air pollution. The IKI Small Grants project makes the benefits of cycling known to the public, including lobbying the government to begin making provisions for cycling infrastructure. In this way, the organisation aims to avoid the increase in greenhouse gas emissions by reversing the trend towards more private vehicles and inspiring as many people as possible in the Jinja city to cycle.

Jinja is an industrial city of 300,000 inhabitants, expected to grow to over 1,000,000 in the coming two decades. With as little as 72,000 residents in the urban part of the city it rises hugely to 400,000 in the daytime as people commute into the city to work and go to school. And while Kampala is already severely suffering from unbalances in urban development, transport, and liveability, Jinja could, with proper integrated planning and encouraging of sustainable modes of transport, turn into an exemplary sustainable city. But without it, the impact of Jinja’s rapid motorisation, and growing urban population will take its toll on the sustainability and liveability of the city and will result in a huge potential increase of carbon emissions. With the transport sector being the fastest growing source of greenhouse gas emissions, the IKI Small Grants project aims to avoid and prevent potential emissions.

The IKI Small Grants project targets over 1,000 citizens through education of the benefits of cycling and 10 officials and professionals through lobbying for cycling inclusive planning. The envisioned obvious and fair choice to cycle safely in an attractive city directly benefits the public, the economy and the environment.

Cycling out of Poverty (CooP-Africa) aims to develop concrete easy and affordable activities to improve the cycling climate. To identify those, the organisation maps peri-urban neighbourhoods and the important socio-economic zones of Jinja city and collects data of modal share, mobility needs, obstacles, and attitudes. In participatory sessions with community members, officials, and police CooP analyses the collected data and publishes a report on context analyses and needs assessment. The report is further disseminated to Jinja City Council and send through official channels for further implementation.

CooP executes a pilot project to improve the cycling infrastructure in terms of safety, directness, comfort, attractiveness and coherence on one of the corridors connecting peri-urban Jinja city to important socio-economic zones. To quantify and qualify the impact of the pilot project, six months after the project’s implementation the organisation collects data on who and how many people are making use of the adjusted infrastructure, and the public opinion about the changes made.

CooP organises critical mass events where over 1,000 citizens advocate for cycling-inclusive planning and improved cycling infrastructure. By participating in the quarterly Mass Bike Rides and by handing over the signed cycling climate declaration to the mayor of Jinja, citizens can represent their demand for cycling-inclusive planning to the authorities. Additionally, the project creates and implements a bike skills curriculum with a special focus on women.

Cycling out of Poverty (CooP-Africa) is a NGO started in 2004 and was officially founded in 2007. Its mission is to improve the livelihood of African families by making bicycles and other mobility aids accessible and available for everyone. In this view, the organisation promotes cycling as a cheaper, healthier, and more environmentally friendly means of transport at the local level in partnership with local communities. Not only for the poor by increasing access to cycling as a means of poverty alleviation, but also for the growing middle class struggling with traffic congestion and the resulting health effects of car emissions and the impact of urban lifestyles.