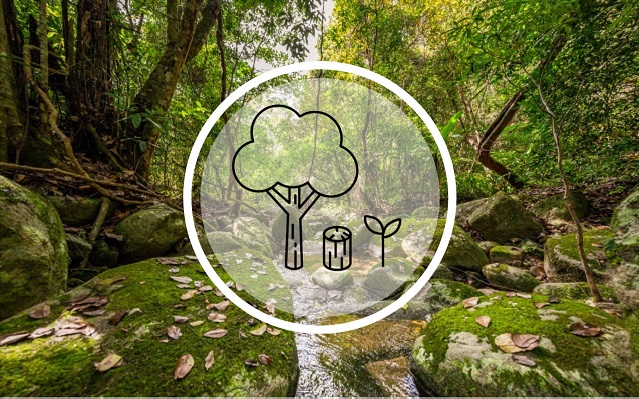 Human pressure has led to the eradication of primary forests in Lebanon. 85% of the remaining forests are degraded. Pressure on forest resources derives from forest fires and firewood harvesting. The IKI Small Grants project addresses serious forest degradation in at least ten sites in Lebanon through a simplified, cost-effective tree planting method that empowers communities to take action. The project adopts the `seedball method` in which a variety of local seeds are packed in clods of soil and are sown by scattering them on the ground. The success rate of this method is expected to be higher than the labour-intensive sowing of individual seedlings. The project offers employment to refugee and disadvantaged women in the production of the seedballs. The communities are thus equipped with knowledge and resources to protect their environment. A total of 600,000 seedballs are expected to be sown.

Conflict, urban sprawl, forest fires and unsustainable practices have contributed to eradication of primary forests in Lebanon. Of all remaining woodlands, 85% are degraded, 60% are privately owned and 14% impacted by fire. Since 2011, an estimated 1.5 million refugees from Syria have arrived in Lebanon, increasing pressure on forests as a source of heating fuel. Reforestation efforts are hampered by free grazing of animals. In October 2019, Lebanon experienced its worst forest fires in decades. These were the combined result of a record heatwave and strong winds as well as a lack of sustainable forest management.

Immediate beneficiaries of the IKI Small Grants project include refugee and disadvantaged women, living in the Bekaa valley. Syrian refugees and local Lebanese families alike are often without a regular source of income. Both refugee and local communities have been deeply affected by the ongoing economic crisis in Lebanon and the related rise in underemployment. More than half of all households in the country are now living in poverty, and 89% of Syrian families are living below the extreme poverty line.

The non-governmental organisation Salam LADC provides the women cash in exchange for making seedballs. This way, the project offers a source of additional income to impoverished families and provides an occasion for dialogue between different nationalities. Furthermore, Salam LADC reaches out to school, volunteer and hiking groups in the region to encourage these communities to distribute the seedballs on selected sites.

Trees for Lebanon aims to remedy severe forest degradation in at least ten select locations across South Lebanon, Mount Lebanon and the Bekaa Valley through a simplified, cost-effective tree planting method that empowers communities to take action. The project complements ongoing reforestation efforts. Instead of using labour intensive seedlings, the project uses the seedball method developed by Masanobu Fukuoka, a Japanese farmer and philosopher. By the end of the project in April 2023, Salam LADC will have disseminated 600,000 seedballs containing native tree, shrub and herb seeds in partnership with the non-governmental organisation Lebanon Reforestation Initiative (LRI).

Seedballs are easy to make, even at home. To encourage local communities to become involved in environmental protection, the project runs environmental awareness sessions with children in schools and at community centres, introducing them to seedball making. It develops and uses simple online tutorials, along with guidelines on where to plant, so that families, schools, scouts, hiking and environmental groups can also make and distribute seedballs independently.

The project equips refugees and local communities with the knowledge and means to improve and protect their environment. In the medium and long term, larger parts of the Lebanese population will benefit from cleaner air and healthier living conditions.

The following video was published by Deutsche Welle, Germany’s international broadcaster. It shows a short feature on the work of Salam LADC in south Lebanon. The video is available in German and English.

Salam LADC (Lebanese Association for Development and Communication) was founded by Joseph Matta in South Lebanon, as a response to the July War of 2006. Over the past fifteen years the organisation has assisted vulnerable populations across the country through educational services, livelihood support and direct aid. All activities are underpinned by Salam LADC’s primary aim, the strengthening of dialogue and cooperation between the different communities living in Lebanon.