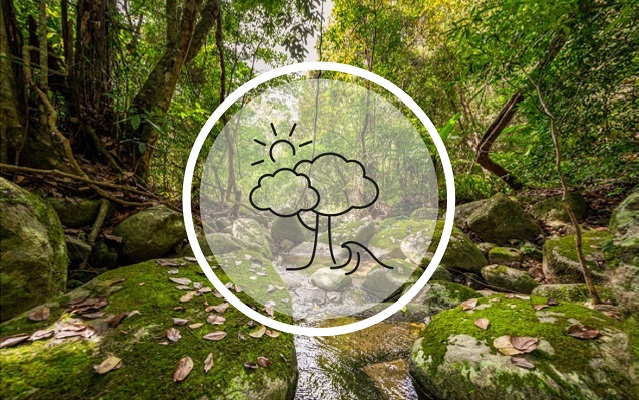 The high vulnerability of smallholders in the Anantapur district of Southern India to drought and climate change is exacerbated by the fact that farmers have largely switched from various polyculture systems to the extensive monoculture cultivation of peanuts. The loss of crop and food diversity, soil degradation with high-temperature stress and the failure of groundwater pipes lead to an overall ecological degradation. High investment in agricultural inputs and poor economic yields force farmers to abandon agriculture and in some cases to resort to migration. This IKI Small Grants project aims to reintegrate the Navadhanya cropping system. It is a dryland agriculture system, based on seeding diverse crops such as millets, pulses, vegetables and oil seeds among other and improving soil use the whole year. Therefore, the project identifies appropriate mixed crops combined by innovative use of equipment, that supports the improvement of the economic viability of selected farms.

Anantapur is the only dry district in the state of Andhra Pradesh in southeastern India and suffers from recurrent droughts. Since 2018 the region is officially declared drought-affected. Traditionally, over 30% of the total cultivated area was predominantly devoted to various dryland crops such as millets, oilseeds, and pulses. As a changing moment in the 1990s, the monocropping of peanuts became prevalent. This kind of cropping system makes people even more vulnerable and exacerbates the consequences of climate change in a region that is already arid. As a result, the loss of crop and food diversity, soil degradation with high-temperature stress and the failure of groundwater pipes leads to an overall ecological degradation.

The target group of the project are 2500 smallholder dryland farmer of Anantapur district with an average farm size of less than 2 hectares. This group represents 60% of the total agricultural operators in this region. In view of the increasing migration and the plight of the farmers, many women manage the farms. Therefore, women are the project’s main target group.

The IKI Small Grants project aims to shift from monoculture farming systems back to polyculture and diverse farming systems. For this purpose, the traditional system of multistage Navadhanya poly crop in smallholder drylands is being revived. This time-tested tradition is a one-time sowing, multiple-harvest system in which crops mature at different times. The extended ground cover and crop residues add a lot of biomass to the soil. Diverse crop systems with millet, pulses, vegetables, and oil seeds are grown in addition to the main crop. Farmers identify at least 4 types of suitable mixed crops with support from experts from the Center for Sustainable Agriculture. Additionally the project distributes training material, dealing with climate resilient agriculture principles and Navadhanya polyculture system. In the long term, the establishment of life-sustaining/protective irrigation systems mitigates climate risks, especially drought, and increases productivity.