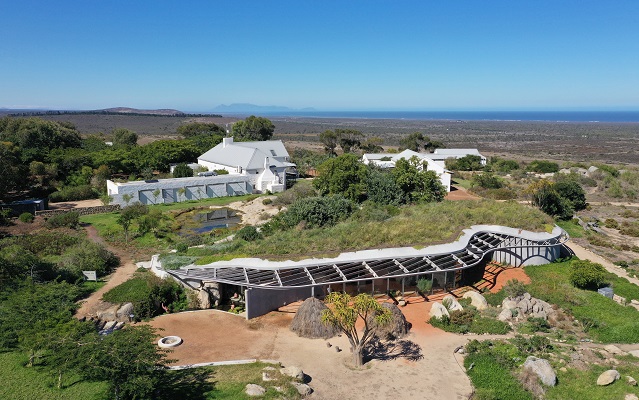 The buffer zone of South Africa’s West Coast National Park is home to a globally unique but endangered biodiversity. To address habitat loss in the fragmented region, the IKI Small Grants project creates the conditions for !Khwa ttu San Heritage Centre’s 850 ha farm to become legally proclaimed as a Protected Environment. To address habitat degradation, a pilot for ecosystem restoauration is implemented. Indigenous San living on the farm have extraordinary knowledge about plants, their uses and related livelihood opportunities. This knowledge is integrated into restoration activities and the development of learning tools. Young San from several countries spend do six months internships at the centre and are trained to become young ambassadors for biodiversity in their home communities. Approaches for biodiversity conservation are also showcased for other landowners to promote expansion of the protected area in the 60km West Coast Biodiversity Corridor.

The Western Cape of South Africa is home to globally unique but highly endangered vegetation called fynbos. According to the Convention on Biological Diversity, fynbos is the smallest and most threatened of the World’s six floral kingdoms. Over 20% of around 9000 plant species are now threatened with extinction. To address this problem the strategy is to expand the protected area network and promote conservation-led development in the buffer zones of National Parks – with a particular focus on addressing unemployment among youth and the need to entice young people into the sector.

The project takes place at !Khwa ttu San Heritage Centre which is located 70 km north of Cape Town on a farm in the buffer zone of the West Coast National Park. The Centre was located on the West Coast in honour of San who used to hunt and gather in the region. For more than 20 years !Khwa ttu has removed invasive trees, allowed natural vegetation to grow recover and reintroduced antelope indigenous to the region, however, there are still areas where that need recovery of natural vegetation needs to recover.

When implementing a pilot for ecosystem restoauration, the project works closely with 40 San living at !Khwa ttu or in nearby communities. They are joined by a new group of 8 young San interns every six months.

School children, local communities and tourists will be provided access to enjoy fauna and flora in an open and safe space, and to learn about biodiversity from San guides.

The IKI Small Grants project addresses the fragmentation and degradation of land in the buffer zone of the West Coast National Park and the West Coast Biosphere Reserve north of Cape Town.
It supports South African National Parks (SANParks) with the application to register !Khwa ttu as a Protected Environment by developing a management plan for !Khwa ttu and integrating San knowledge into the plan. It also organises meetings with the West Coast Biodiversity Landowner Association to support the implementation of the agreed Conservation Development Framework for the Yzerfontein Conservation Area and registration of the Area as a to supporting the registration of total of 5200ha Protected Environment. Knowledge generated during the project is shared during a final learning forum for other landowners and conservation bodies in the broader West Coast Biodiversity Corridor.

On the farm itself, a pilot for biodiversity restoauration is implemented. This includes removal of invasive plants, sowing seeds in a fenced area, botanical surveys as well as monitoring of plots and analysis ofe impacts. To mimic the historic system, antelope will be let into the area to graze for short periods. Antelope help to break up soil, trample in urine and dung and spread seeds. This will help to improve basic ecosystem process including the water, mineral and energy cycles. The project also organises practical training workshops with the !Khwa ttu San restoration team, integrating San knowledge of natural ecosystems and plants.

The knowledge gained throughout the project leads to the production of several papers, e.g. on integrating San knowledge to improve biodiversity conservation and livelihoods, updated versions of the !Khwa ttu San gathering fynbos handbook and !Khwa ttu’s education tour leaflets as well as a new handbook to support fynbos livelihoods.

The introduction of a new biodiversity conservation intern programme will allow 16 young San interns to stay on the farm and to learn about basic ecosystem processes, fauna and flora, producing plants for medicine, food and restoration, and development of restoration skills and experience. The internship will support them to become young ambassadors for biodiversity in their community.

School children benefit from guided tours aligned with the school curriculum to share San culture, animal and plant knowledge to instil an awareness of the importance of biodiversity in these young people.

!Khwa ttu is a San culture and education centre based on an 850 hectare nNature rReserve 70 kilometres north of Cape Town, South Africa. A non-profit company, directed jointly by the San and the Swiss-based Ubuntu Foundation, !Khwa ttu has been providing jobs, and practical residential training for young San from all over southern Africa, since 1999.

Situated in the Cape Floral Kingdom, itself a UNESCO World Heritage site, !Khwa ttu embraces a range of environmental stewardship programmes as well as tourism activities.