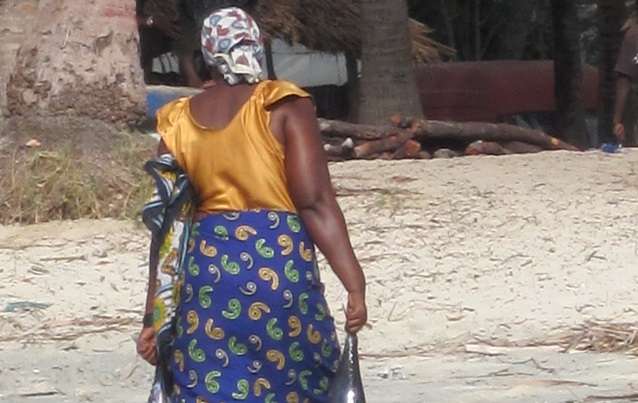 The coastal zones of Tanga and Coast Regions in Tanzania are characterised by mangrove forests, seagrass meadows, and coral reefs. Intensified migration to coastal areas and illegal and destructive fishing practices contribute to biodiversity loss. The IKI Small Grants project empowers coastal communities to become effective stewards of marine biodiversity and secure their own well-being and prosperity. To do so, it trains 160 female fish workers in marine biodiversity conservation and supports them in mobilizing key actors (councillors, leaders, youth) to take action against threats to biodiversity. For the entire project duration of two years, female fish workers join a mentoring program to become local leaders and biodiversity champions.

The coastal zones of Tanga and Coast Regions are highly biodiverse and include marine protected areas covering around 1,300 km2. Coastal communities in Tanga Region and Coast Region rely heavily on fishery-based livelihoods. However, due to overfishing and illegal and destructive fishing practices, biodiversity is threatened. Marine biodiversity hotspots in both Tanga and Coast Regions have suffered from blast fishing over several decades, which has reduced some coral reefs to rubble and contributed to a decline in the diversity and quantity of fish species and reef associated invertebrates. Additionally, uncontrolled harvesting of mangrove poles, changes in land use to saltpans and rice farms, as well as infrastructure development and pollution lead to the degradation of mangrove forests.

Beneficiaries of the IKI Small Grants project are 160 female fish workers, since women play a significant role in the small-scale fishery sector. The second target group consists of 200 local leaders such as ward councillors, village elders and community fisheries managers. Although local leadership structures are dominated by men, the organisation specifically invites women from leadership positions to achieve a minimum of one third female participation. The third target group are 10 people from a network of community Conservation Officers who lead marine wildlife research and monitoring in their community. They act as mentors to the female fish workers and can contribute to capacity building.

Moreover, the project helps women to mobilise key actors (councillors, leaders, youth) to counteract threats to biodiversity. 160 women develop a biodiversity communications action plan. The project supports each group of women in presenting their action plan to their village assembly to catalyse the peer education process. To share the gained knowledge, a participatory video captures women developing their action plans and implementing their peer-to-peer education activities.

One aim of the project is to raise awareness of locally elected leaders so they can take action to protect marine biodiversity and at the same time work to address structural barriers that perpetuate gender inequality. Therefore, Sea Sense trains local leaders on strong and inclusive governance of biodiversity and analyses community responses to biodiversity resolutions. The organisation supports the engagement of District authorities to build relationships between actors in the governance system.

Sea Sense is a non-governmental organisation that started as the Tanzania Turtle & Dugong Conservation Programme in 2001 and became registered as Sea Sense NGO in 2005. It is the only organisation dedicated to the conservation and protection of endangered marine wildlife in Tanzania. Its aim is to promote the sustainable use of coastal and marine resources in Tanzania for the preservation of marine biodiversity and the health and prosperity of coastal communities. Sea Sense envisions a society in which coastal people and marine wildlife live in harmony and biodiversity conservation plays a key role in sustainable economic development.