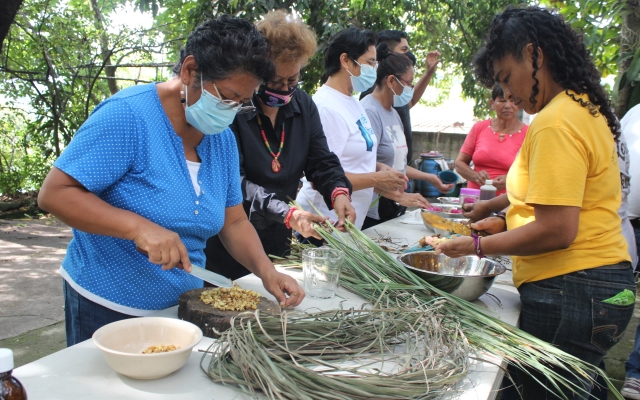 Climate change induced extreme weather like hurricanes or droughts are an increasing concern in El Salvador. Deforestation and unsustainable farming practices threaten the country’s biodiversity as well as the quality and availability of food and water. The IKI Small Grants project aims to improve the living conditions and food security of three urban communities in San Salvador and increase awareness about climate change adaptation on community level. Women-led groups are supported in producing and marketing local organic food. The project promotes an alliance between food producing groups and organisations working at the national level. By involving stakeholders from local to national levels, knowledge on effective ecosystem rehabilitation and climate change resilience is exchanged.

El Salvador is increasingly affected by climate change, sometimes with severe storms and hurricanes, but mostly with extensive droughts. In addition, there are inadequate practices in forest management, solid and liquid waste processing, urban development, transportation, agricultural production and use of chemicals in industry and agriculture. As a result, the quality and availability of food and water is threatened, affecting people’s lives, particularly in vulnerable groups like women, youth and children.
The municipalities of San Marcos, Santiago Texacuangos and Santo Tomás which are surrounding the capital San Salvador suffer from these circumstances and are also characterized by a lack of land planning, poor infrastructure and a strong pressure on natural systems.

The project targets 3 municipalities of the department of San Salvador with total a population of over 100,000 inhabitants. The main target groups include teacher unions, youth environmentalists, women’s groups, urban food producers and grassroots Christian communities. 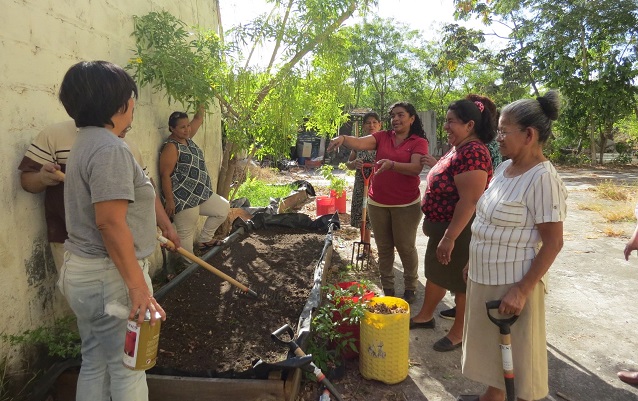 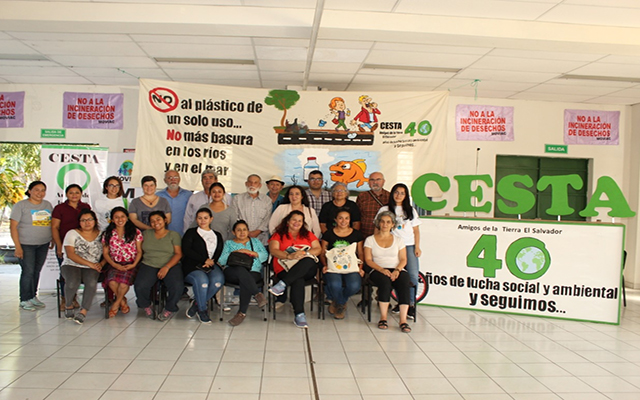 The project intervenes by generating awareness on the impacts of climate change and the loss of biodiversity, as well as increasing resilience to climate change.

To ensure that the benefits are maintained after the end of the project and that experiences can be replicated in other areas, the project will consolidate an organization of urban producer groups. The results will be systematized, and documents published to facilitate replicability in other areas, knowledge and experiences will be exchanged in workshops with organizations that work in food production in other municipalities.
In addition to the above and to integrate the results into the country’s policy, an alliance will be formed with MOVIAC organizations that operate at the national level, to influence the formulation of a law to promote agroecology, incorporating climate and biodiversity issues. With this, the municipalities will be given tools to invest in the reconversion of their food production systems and support and monitor the different efforts promoted by the groups in their municipalities.

The following video was published by Deutsche Welle, Germany’s international broadcaster. It shows a short feature on the work of CESTA in the San Salvador region. The video is available in German and English.

CESTA, Amigos de la Tierra El Salvador is an environmental non-profit organisation founded in 1980 in El Salvador. Its areas of work include food sovereignty, the promotion of bicycles, zero waste, climate change and environmental rights. CESTA is part of the network Friends of the Earth International (FOEI).